7 Christmas Albums from Artists You May Not Know - CCM10 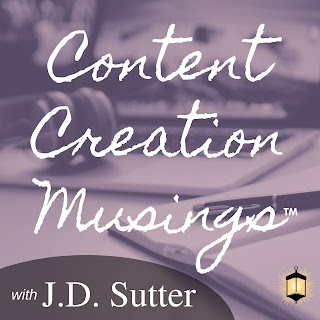 We're all familiar with the holiday music of Mannheim Steamroller, Mariah Carey, Nat King Cole, Bing Crosby, and Pentatonix. But sometimes you want something a little bit different or new around this time of year. So today, even though this is a little bit outside the realm of what we normally talk about here, I’m going to share 7 Christmas albums from artists you've never heard of that I think you should listen to. Now you may have heard of some of these; I'm not going to say that you’ve not heard of any of these artists. But most are lesser-known, independent musicians who are making really good music and I think it's worth checking out.

Now personally I like a Christmas album that has a good mix of traditional and some new tunes as well. I also am not a huge fan of when an artist completely changes a traditional song but I can get used to that sometimes if it’s done really well. These records will represent a good mix of all these elements. Also, this list is not in any particular order but these are just some albums that I found in the last few years that I really really enjoy and I think are well done so let's jump into it.

There's a short EP titled In The Bleak Midwinter from Garrett and Michelle and this one is really, really enjoyable for me. It features beautiful acoustic arrangements of familiar Christmas songs but just done in a stripped-down way it has a bit of a folksy feel to it. The instrumentation is just beautiful and the project features some really great vocals as well and I really enjoy it. It is available on Bandcamp and it is only $5.

Another one I found in recent years is called Songs of Winter by The Hound + The Fox and this is a full-length project. There is also a deluxe version of this album I would recommend getting because it has 16 tracks and it's just a fantastic offering from this husband and wife duo. They're mostly traditional songs that you are familiar with like, "Have Yourself a Merry Little Christmas" and "O Holy Night" but what makes this one stand out is just the beautiful harmonies and stunning vocals on this project. The arrangements of the songs are interesting; they mix it up a little bit but not so much that it's not familiar. So this is a really fun project as well.

An album I just found last year is also another EP. It is titled Blue Christmas and it's by the group called The Ladybugs. It has a really fun jazzy, classic sound to it. With the sound of an upright bass and a snare driving the rhythms, and lead vocalists Martina DaSilva and Vanessa Perea bringing their soft, smoky vocals to the mix, the band just has a really fun sound. I particularly like their arrangement of "O Come, O Come Emmanuel". Again, just a fun record. There are seven tracks on this project.

Next is the group called Voctave. They are an a capella group with some of the most amazing vocalists I’ve ever heard. I believe they're mostly classically-trained vocalists so their style has a little bit more of that classic feel to it. They don't stray too far from the traditional arrangements of the familiar holiday songs, but there are some new tunes on here as well. This album is called The Spirit of the Season and there are 13 tracks on it and it includes one of my favorite arrangements of "Mary, Did You Know" that I've ever heard. Their harmonies are so amazingly tight and the sopranos in this group are just amazing. The notes that they hit are just jaw-dropping and the overall sound from this group is just beautiful.

Next up is another husband-wife duo. They're called Caleb and Kelsey. Caleb is one of the members of the group Anthem Lights so you may be familiar with them but they have released a project called Christmas Together. It’s an eight-song album and it has mostly medleys. They're well known for doing medleys and mashups of songs and so this was a fun album with great vocals. There are familiar songs and some newer ones in mashups in a way that you may have never heard before so this is just a fun album as well.

The penultimate selection I want to mention is called It's Christmas Time Again from the artist Charles Billingsley. This is a really really fun album; a lot of the big band, jazz sound and so many of these familiar songs are spruced up with that brass instrument flavor and it's just a really upbeat and fun project. 13 tracks with a lot of familiar ones again and then a handful that I had never heard before. So this is just a really fun project that was actually recorded all at once; all the instruments and vocals all done at the same time just to give it a really live feel. you know most albums are tracked with each instrument separately and then the vocalist will come in and will come in record their stuff and then the background vocals and it's all mixed later, but that was not the case here so it's just got a really warm live feel to it that I really enjoy.

And my final selection is a brand new release this year from the family bluegrass/folk band The Petersens. It’s called Christmas with the Petersens and features 13 Christmas favorites arranged in their signature folksy style with the warm sounds of stringed instruments like the mandolin, fiddle, and dobro. All the members of this band are excellent vocalists and they take turns singing lead on the tracks. It’s a nice combination of traditional carols and more recent Christmas tunes with selections such as "Joy to the World", "Mele Kalikimaka", and "I’ll Be Home for Christmas". The record is just an absolute delight to listen to.

Bonus Selection From an Artist You May Know 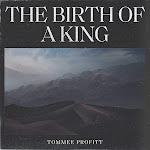 The Birth of a King just released this year from producer Tommee Profitt. He collabed with a bunch of amazing vocalists on this project and it is an amazing record. There are 17 tracks on it featuring vocalists like Rachael Lampa, Avril Lavigne, Fleurie, and other amazingly talented singers. The arrangements are really interesting; sweeping and cinematic in places. Just an amazing record that has been on repeat in my house for the past week or so.

So there you have it! Those are my album recommendations for this year check them out and if you do hit me up and let me know what you think of them.