Yes, We Are Still Alive

Wow. Thanksgiving and Christmas have come and gone and I haven't posted since Veterans Day. We have had a very busy holiday season this year. For a few weeks it seemed like there was something going on every single day; family Christmas party, Christmas program at church, meeting friends for coffee, Christmas party at a friend's home etc. We hardly had time to sleep!

Kristin and I decided to explore new territory this Christmas and make the stuffing using my mother's recipe (since we haven't had good stuffing since we moved to Arizona) which is the best stuffing in the world, I assure you. I modestly report that it turned out very well and everyone at Christmas dinner seemed to like it. We received several positive comments about it. Although it didn't taste just like Mom's (nothing ever does when you do it yourself, does it?) I was pleased with the result and we will most likely give it another shot in the future.

We also decided to make a trek to Northern Arizona on the day after Christmas in search of that cold, flaky, white stuff that falls from the sky, also known as snow. We did indeed find the rare (at least in Arizona) commodity and had a great time playing in it. 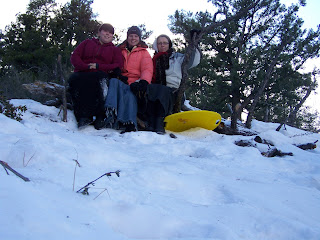 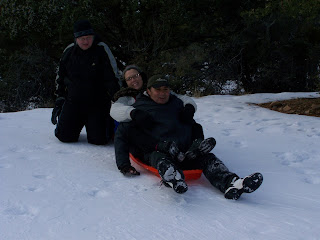 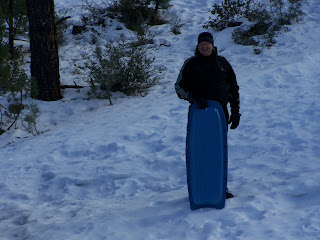 Me looking on as others sled down. 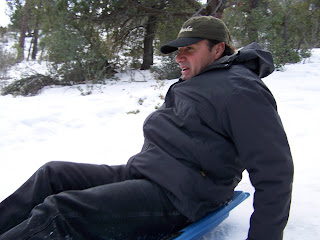 Dad Ybarra getting ready to go down the hill. 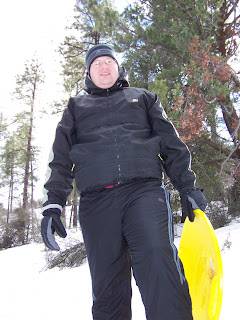 Me all bundled up.


So we survived the trip to the snow so the next day we decided to go downtown as the light rail system was just opening up in The Valley of the Sun. So we braved the crowds and long lines (there will be an estimated 150,000 people ride in the first 5 days) and took a ride on the Metro Light Rail. 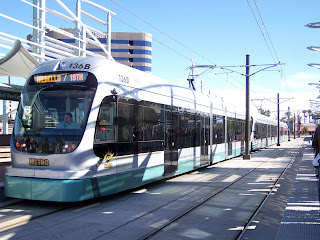 They were having a Grand Opening celebration with bands and performers and games and such all along the line, in addition to offering free rides through the end of the year. We disembarked in downtown Phoenix, strolled around and had lunch at a new food court in the Convention Center. While walking downtown, Kristin reminded me that we were near the place where we had our first picture taken together the week we first met, so we stopped there to get a new one taken in the same place. It was a very enjoyable time to just hang out with family. 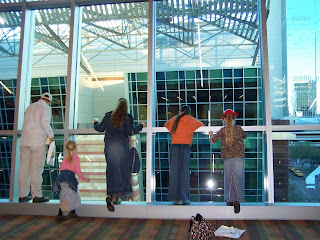 Looking down on the city from the 3rd floor of the Phoenix Convention Center. 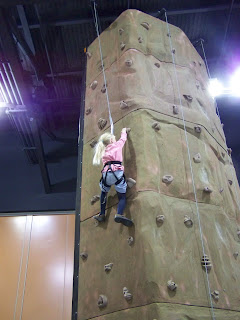 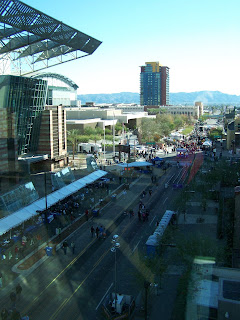 Downtown Phoenix from the skywalk of the Phoenix Convention Center. 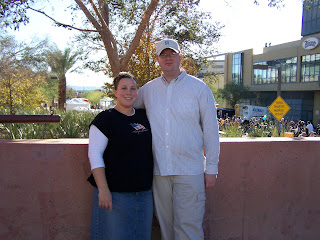 Me and my baby. 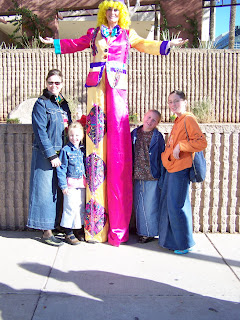