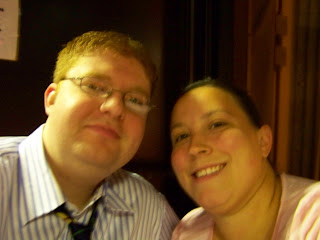 Us at the airport 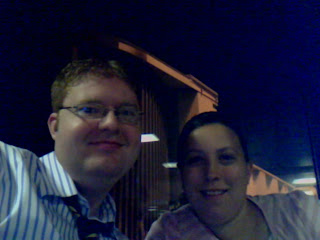 Well it seemed like forever before the day came, but arrive it did, and we went to Sky Harbor Intl Airport a little after 6PM last night. After the usual checking of luggage, printing of boarding passes and practically getting undressed at the security checkpoint, we arrived at our gate, A12. Our flight was scheduled to leave at 8:01PM and they began boarding at approximately 7:15. We had switched our seats to the last row of the plane when we had checked in (since they were the last two adjacent seats left and the airline had neglected to seat us next to one another) so we were some of the last to board. We took our seats at around 7:40. Well to make a long story short, there were some "electrical issues in the cockpit" which prevented us from taking off. Finally, at around a quarter til 9, over the PA we hear this message saying that the electrical issues were "predominately resolved" which didn't sound too promising to me. But we made it to PDX in one piece, picked up the rental car and made it to the motel in Troutdale around 2 in the morning. We are going to take the Columbia Gorge Scenic Highway east today so stay tuned for some great photos. Until then... -J 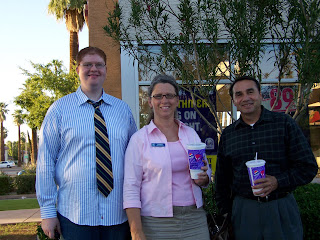